Just a quick post to encourage all of you to have a look at the first of I hope many episodes on the work of a fantastic research group I hope I could be collaborating with in the future: Tracing the Potter’s Wheel.
Like and subscribe, because I am sure they will be featuring very interesting stuff!

Another Sunday of grant applications, another archaeology movie to review. I have not found better way to deal with the tons of documents that need to be collected to apply for a 1-year non-tenure position than to relax witnessing the mischiefs of all those fictional archaeologists that have more serious things to deal than me… Obviously, when ancient curses try to kill you constantly, tenure does not seem to be such a big deal.

The film I am reviewing today for your ever-growing collection (click on the tag for a complete list) is 7 Guardians of the Tomb, a 2018 Australian-Chinese film written and directed by Kimble Rendall. I am not an expert on the cinema industry (only if it features archaeologists), but in the last couple of years I have the impression that more and more of these Chinese-English-speaking-country co-productions are taken place. The first I knew of was The Meg, a shark film featuring Statham and Bingbing Li, which is also the co-star of this film. The story of The Meg goes around a group of scientist that accidentally release a prehistoric megadolon from the deep ocean to the surface… it is Jaws on steroids. Here, Bingbing’s brother gets MIAR (missing in archaeological research) while searching for an ancient elixir that extends life, and a heterogeneous research team is put together to save him.

One aspect that characterizes these films is the ethnically diverse and balanced cast. And you know what? I think it is just great. From my work on “mummy films”, of which I hope I could present a new entry very soon, one think I have learnt is that non-white people had, and pretty much have, the same value for film-makers that palm trees: something exotic you have in the background that you hope it does not get in the way of the white cast. Sidekicks if we are lucky. This is not the case of these films. They present an international and diverse cast that correlates with an international production, and although they always try to throw at least a couple of well-known face for us westerners, in this case the very Dr. Frasier Kelsey Grammer, or Kellan Lutz, better-known I presume as Emmett Cullen in the Twilight Saga, that does not mean other actors and actresses do not have more extensive, and international careers. Bingbing Li for example, the leading actress of the film and co-star in The Meg, has had prominent roles in co-productions such as The Forbidden Kingdom and western blockbusters such as Transformers: Age of Extinction or Resident Evil: Retribution. Nothing, however, is perfect, and I wonder why the central role for actors in these co-productions is always a protective, mentally- unbalanced-by-a-past-trauma-antihero male foreigner, but considering all the whitewashing we have to endure in western films and series, where, in words of director Spike Lee, we cannot go beyond the typecast of “magical negro” (see Glenn and Cunningham 2009 for an academic analysis of this role in modern cinema), it is good to feel some changes start taking place. And I say start, because race and gender are issues, in film and in society, very very far from being over.

END_OF_DOCUMENT_TOKEN_TO_BE_REPLACED 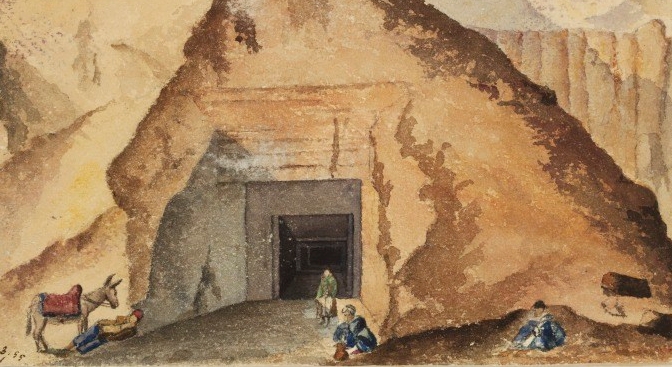 It is obvious that these day of grant applications are not being very productive from the scientific point of view, since the only posts I can think of are based on the movies I watch to relax at the end of the day. So, let us take advantage of this and analyse in a new series of posts the cinematographic history of the most prominent creature in archaeological films: the Egyptian mummy. 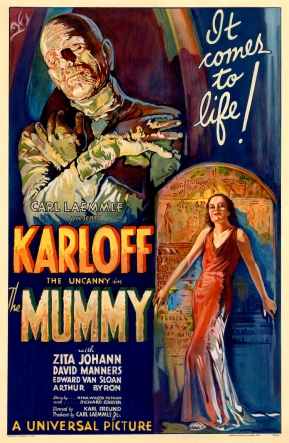 Almost all films I am going to review in the following weeks share a some common traits and leitmotifs, regardless of the story they tell. And this is indeed a very interesting point, because these traits have greatly influenced the vision society has of archaeology and, at the same time, demonstrates how society has not moved much on how non-western cultures are perceived, despite some of these traits are, to say the least, not comfortable at all. Why is the mummy, and not any of the other monsters of the rich mythologies of the Mediterranean, the most successful cinematographic creature? Many will think that Tutankhamen is the culprit, but as we will see soon, he is a surprisingly late guest on this story. The mummy has worked better than, let us say, the Cyclops, because it is from “a far away land”, it is exotic, which is basically the same thing that saying it is not white. The peplum genre, even in the cases where mythology plays an important role (see my post on Jason and the Argonauts), tends to look for more historical, hence more “real” narratives in their movies. Egypt is a far away land covered in mystery, where superstition tries to prevent the triumph of science and order, of enlightenment, this is, of the white archaeologists working in excavations.

END_OF_DOCUMENT_TOKEN_TO_BE_REPLACED

I was eager to do another review on an old classic archaeology film and realized, perhaps too late for the time I have been in business, that it is very difficult to write this section of the blog without a mummy.

This has sparked my curiosity and I promise that sometime in the future I will do some stats on this, but in the meantime let me take advantage of my Southwest homesickness and review a film that takes place in New Mexico.

The Flying Serpent is a 1946 horror film (hence the muppet) directed by Sam Newfield, and starring by George Zucco, Ralph Lewis, Hope Kramer, and Eddie Acuff. The names may not be familiar to you, but I am sure if you like old films you will recognize the evil scientist George Zucco as the Moriarty of the excellent The Adventures of Sherlock Holmes (1939), opposite Basil Rathbone, and several thriller and horror films such as The Cat and the Canary (1939), The Mummy’s Hand (1940), The Mummy’s Tomb (1942), The Mummy’s Ghost (1944) or Tarzan and the Mermaids (1948). A star of the genre.

The action takes place in San Juan, New Mexico, and the nearby Aztec Ruins where an evil archaeologist (we are not the good ones in this one, for a change) hides for himself the lost treasure of Montezuma and kills anybody getting close to it by controlling a Quetzalcoatl. It may be a surprise to many of you not used to the archaeology of the Southwest region of the United States to find the reference to an Aztec site in NM. There is a city called Aztec in the area and even a National Monument (where the treasure is hidden) call Aztec Ruins… It just happens it has nothing to do with the Aztecs (I prefer Mexicas). This otherwise real archaeological site is an Ancestral Puebloan site dated between the 11th and the 13th c. that, following the infamous tradition of not recognizing the culture of the native Americans by white settlers, was assigned to the Aztecs. The name was not enough for the producers to link the site with the Mexica culture, so you can see fake Mesoamerican pyramids in the background of many scenes taking place in the site.